Bike Tracks: Ascent of the Cherle

The route goes from Piazza di Carbonare (1076 m) to the heights of the Cherle (1440 m) and the first section requires good uphill ability. From Carbonare follow the path that descends to join the dirt track that goes from

Cogola to the Astico torrent, which you cross on the Pont dei Mirandoi bridge and ascend the forested south-eastern side of Dosso Cherle, passing the ex Malga Grimen.

After a steep climb up the dirt track you reach the wide meadows of Malga Seconde Poste, from where, turning right, you proceed rising and falling, passing alongside the Cherle Hotel, to reach the summit of the Dosso (Forte Cherle, 1914-18 war), from where you descend on an easy panoramic road.

hen you reach the Grimen dirt track, turn left. Follow the road for a while and then turn right and descend into the top of Valle dell’Astico to reach the small hamlet of Cùeli. Go through the hamlet and an easy dirt track leads back to Carbonare.

Track for Mountain Bikes and E-Bikes 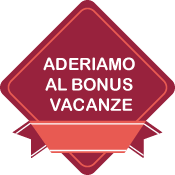